I made a deal with myself: in order to watch The West Wing, I have to be on the recumbent bike … and pedaling. 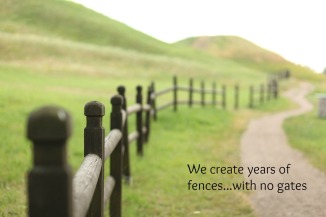 This morning, it was A Proportional Response, Charlie Young’s first appearance. Josh Lyman was reluctant to hire Charlie for one reason only: he didn’t want to give a critical world the impression that he was hiring an African-American to “wait on” the President.

Josh discussed his concern with his boss, Leo McGarry, who shared it with Admiral Percy Fitzwallace, the Chairman of the Joint Chiefs of Staff. At that very moment, Fitzwallace, an African-American officer, was orchestrating a sizable air strike in retaliation to terrorist activity. The President’s first military act. It was Wow!

The Admiral asked if Charlie would be making a fair wage and treated with respect. “Of course.”

Before leaving the room, Admiral Fitzwallace said: I got some real honest-to-god battles to fight… I don’t have time for the cosmetic ones.

I don’t have time for the cosmetic battles. The silliness. The ones that don’t matter. The battles that, if won or loss, make little or no difference in this life … or the next.

We witness these battles daily and my heart breaks a little more each time. Truth is blurred, misplaced or mixed up with lies. Or ignored altogether. Select “pet” issues are so important that the life-changing ones get pushed to the back of the line.

Good golly, Miss Molly, the Admiral was right. We have got some real honest-to-God battles to fight. And, my Dear Ones, if we aren’t careful the wrong will prevail and right will fail.

For the most part, I make no public profession of political alignment, other than an occasional eye roll. And I’m betting long money that even my closest friends and relatives on both of the aisle would be a little surprised if they knew my bottom line. But this isn’t about who takes it all in November.

This is about our every day battles. The ones that divide and create years of fences with no gates. The mean-spirited tweets and posts. The bravado of anonymity.

It’s hard to ignore name-calling. And so easy to lash back.

So, how about we just don’t.

How about we spend real time on real issues that make a real difference in this life…and the next? Click it to Tweet it.

A few more holiday-themed and -colored and -worded Chirps, now at the Merc (Wilson Street Mercantile, 222 E. Wilson St., Batavia, IL).
These merry chirps will be ready for Small Business Saturday - perfect for that someone who likes to write a little or make lists. (And maybe that person is you.)
What a delight! Creating books with other makers, every one unique and beautiful in their own way. Thanks, @vintagepagedesigns …. It was a hoot!
For the younger artist, designer, and author in your life. Spiral bound, 3 paper styles, 5”x7”
Sneaky peek at the newest: a gratitude prompt journal.
No, no I didn’t almost nearly forget those charms, did I??
Loading Comments...
%d bloggers like this: