This is the eleventh day of the Love Blog Challenge
hosted by the lovely BelleBrita
Prompt for 2/15: Forgiveness 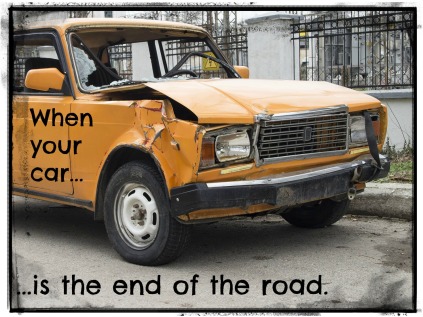 We are commanded to love, be kind, and forgive. Those first two are pretty clear cut. But I propose there are two kinds of circumstances for which forgiveness is appropriate – and they are vastly different.

The first one is when someone makes a mistake or a bad decision and it ends up affecting you, sometimes in a really bad way. Like they tell a little bit of a lie that escalates as it is passed from one to another. Eventually, as fallout from that lie spreads, you find yourself in the middle of deep weeds.

Or when someone fails to do something and you end up picking up the pieces or putting something back together.

Or somebody misses the stop sign and the front of your car is the end of the road for them. Ugh, I hate that one.

But, in each of these circumstances, the person whose actions ended up either hurting or inconveniencing you probably held no malice toward you. That person was most likely just having a bad day, trying to catch up the best they could, or changed the station while driving.

Although embarrassing (especially that one about lying), each of these incidences involve someone making a mistake. Not necessarily by mistake, because it’s difficult not to know you are telling a lie. But they made a mistake by doing something they know or should know is misguided, wrong, or dangerous.

And it may take a little time to forgive someone who made your life more miserable just so theirs would be more comfortable. It may be a minute or two before you can admit that you may have done the same exact thing if caught in their circumstances. Maybe not, but most of us would have to admit that we’ve cut a few corners to achieve a goal.

And then there are occasions that beg a more difficult forgiveness: when someone hurts us or our feelings with callousness and no regret.

Forgiveness is more elusive when someone is hard on me simply to exert power, when someone lies or gossips specifically to put me in a bad place, when someone I know maliciously reveals something about me that is private or personal, when I am an intentional target of harsh or cruel words.

I’ll bet long money I’m in good company when I say I’ve been at the sharp end of the stick in each of these scenarios. I’ve been bullied and gossiped about. My secrets have been exposed and I’ve had someone say unbelievably hurtful things directly to me.

And I’ll bet most of you have had the same kind of experiences – just the players are different.

Those people are the ones I find hardest to forgive or to approach about what they did. Those are the people whose lack of compassion for the feelings of others seems almost unforgiveable.

But our instructions come without exception :

Be kind to one another,
tenderhearted,
forgiving one another
as God in Christ forgave you

Yeah, the Apostle Paul doesn’t mince words. We don’t have a big choice in this. Unfortunately, Paul doesn’t say Forgive them when they ask you to. Because we all know, asking forgiveness doesn’t always happen – and almost never when people hurt us on purpose. But forgive them anyway.

Henry Wheeler Shaw or, under his pen name, Josh Billings, had a rather sassy view of forgiving the unforgivable. Perhaps Paul would not agree with the motivation, but it sure sounds like something I can buy into.

When somebody done you wrong, smile and give them a pass. Because, according to Josh:

There is no revenge
so complete
as forgiveness.

Yes, my lovelies, I know. That probably isn’t what God had in mind. But, I should get at least a little credit for adding the “smile” part. And, honestly, I think there comes a point at which He is happy that, at the very least, we have a sense of humor.